Long ago native Americas used lobsters as bait or to fertilize their fields. They were so plentiful along the shores that during Colonial times lobster was primarily considered ‘poverty food.’ It was served to prisoners and indentured servants. Servants finally rebelled and listed in their contracts they were not to be forced to eat lobster more than 3 times a week.

Trap fishing started in Maine around 1850. Before that they were mostly harvested by hand along the shores. As demand grew for the lobster in the New York and Boston markets, Smackmen were used to carry the lobsters from Maine to these ports. The term Smackmen was derived from the type of boat they used. A smack is a small sailing vessel with a tank inside that has holes cut to allow seawater to circulate.

The first lobster pound was founded in Vinalhaven, Maine in 1875. It was located in a deep tidal creek. The lobster pound made it easier to store lobster for longer periods of time. There the lobsters are kept in tanks with water passing freely through them.

Canning began in 1836 to reach an even larger demand. Canning overcame some of the difficulties in shipping lobsters. By the second half of the 19th century, the value of canned lobster had surpassed the value of live lobster. According to an 1880 history of Cumberland County, the Burnham & Morrill Co., being one of the early canneries in existence in Maine, at that time advertised they were sending canned lobster to all parts of the habitable globe. The company is now called B & M and primarily produces baked beans.

With current technology and transportation, it is now possible to have live lobsters shipped across the country. Today, Maine is the largest lobster producing state in the United States.

And as you see in the photo, lobsters can still be seen on the beaches if you know where to look. 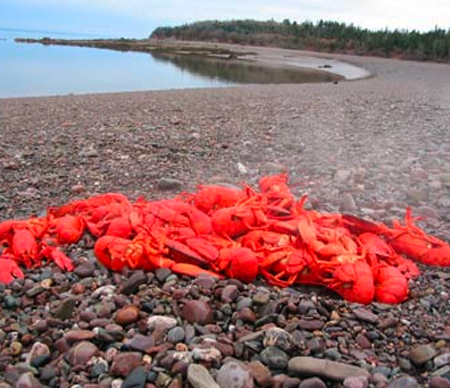 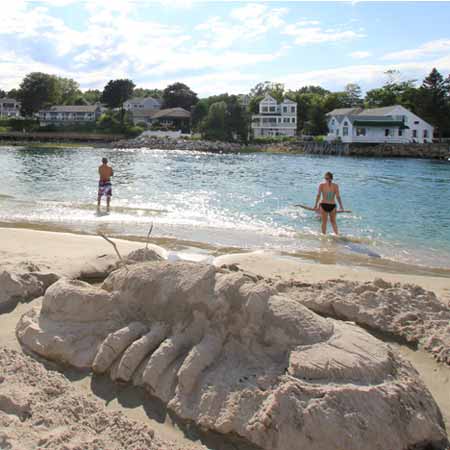